Wrap Up Week No.3

As the season went on we had more players join and ended up with over 20 players! This was great to see and the enthusiasm from this bunch was great.

At the end of the season we had over 25 players at training. There were huge improvements in the players and the effort each week was really encouraging.

Playing matches has really stood to them and will make a big difference to them entering the league again next year.

The boys are now playing better defence and looking up for passes.

Our pre-season preparations are now underway with friendlies nearly every week. We are looking forward to next season working with such an enthusiastic bunch of players.

Players need to keep attending training and camps to see the difference. 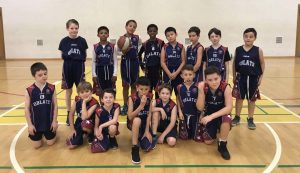